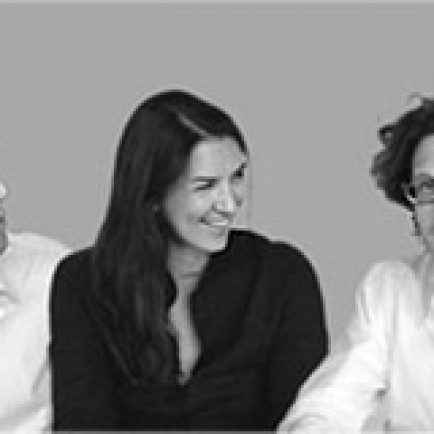 Public spaces, museums and exhibitions are the main focus of their work as architects, designers and curators. They realized the architectural design for Documenta 11, the Friedrich Christian Flick Collection in the Hamburger Bahnhof – Museum for Contemporary Art in Berlin, as well as the Julia Stoschek Collection in Dusseldorf, which was nominated for the international Mies van der Rohe Award. The firm has designed the reorganization of a number of contemporary and historical art collections, attending to sensitive preservation issues for listed buildings, such as the Museum Belvedere in Vienna, the Liebieghaus in Frankfurt, the Museum Berggruen and the Museum of Decorative Arts in Berlin, as well as the Herzog Anton Ulrich Museum in Brunswick.

The architects recently completed the extension of the Moderne Galerie of the Saarlandmuseum in Saarbrücken, as well as the conversion of the Prinzessinnenpalais on the Berlin's Unter den Linden boulevard, to serve as the new cultural venue for the Deutsche Bank and its art collection. A number of buildings for private clients have been realized in the last years, including both residential and commercial projects such as Joseph Pschorr Haus in the center of Munich, Hohe Straße 52, in the center of Cologne and Villengarten Releneberg, a new residential area in Stuttgart. Current projects include the interreligious House of One in Berlin, to be built on the historic foundations of Berlin's earliest churches at Petriplatz, and the new Insectarium in Montreal, both the result of international competitions.

Kuehn Malvezzi won the special prize for their competition entry for the controversial Humboldt Forum in Berlin. Their critical approach to reconstruction attracted a great deal of attention, and they were subsequently awarded the 2009 German Critics' Prize in the architecture category. Their projects have been shown in various international solo and group exhibitions, including the 10th, 13th and 14th Architecture Biennial in Venice and Manifesta 7 in Trento. Kuehn Malvezzi participated in the 1st Chicago Architecture Biennial in 2015 and in the 2nd edition in 2017.