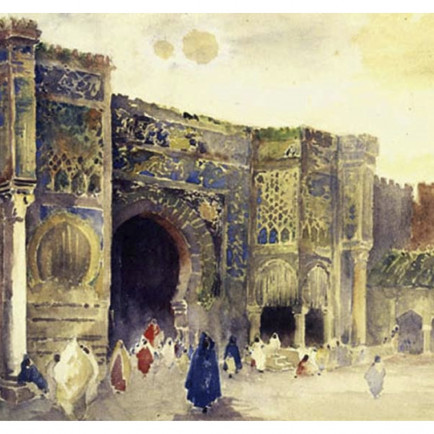 An architect of historical monuments in Morocco, Maurice Tranchant de Lunel was the designer of the Grand Mosque of Paris.

In 1912, he was appointed director of the Department of Antiquities, fine art and historic monuments of the French protectorate in Morocco by Lyautey. His mission was to preserve Moroccan monuments and establish a ranking list of historical monuments in Morocco.

From 1920 to 1923, he was inspector of fine arts, antiques, monuments and architect of the Protectorate of Morocco.

He was also a painter (watercolorist), illustrator and writer.