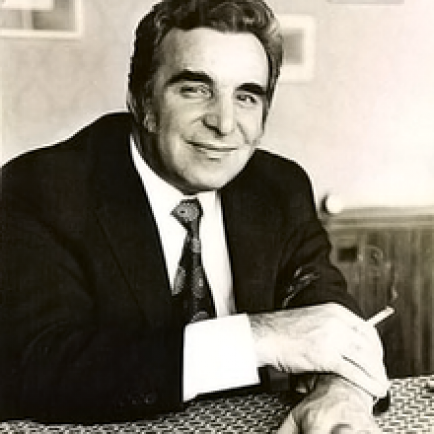 Vedar Dalokay was born in Elazığ, Turkey in 1927 to İbrahim Bey from Pertek.

His elementary and secondary education in the city of Elazığ. in 1949 Dalokay got his university degree and graduated from the Faculty of Architecture of Istanbul Technical University. After that, at the Institute of Urbanism and Urban Development of Sorbonne University in Paris, France Dalokay got his post-graduate studies 1952.

Dalokay has been awarded internationally for the Islamic Development Bank in 1981 located in Riyadh, Saudi Arabia, where the Faisal Mosque 1969 in Islamabad, Pakistan was his most famous project.

Also, in the architectural competition, his design for the Kocatepe Mosque in the Turkish capital, Ankara was selected but not build. For the reason of controversial criticism. After that for the Faisal Mosque located in Islamabad was used as a basis modified design.