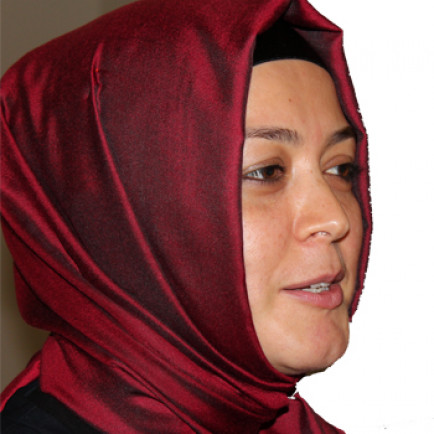 She was born in 1977 in Eskişehir, completed her primary, secondary and high school education in Afyonkarahisar-Bolvadin,Turkey. She graduated from Selcuk University, Department of Architecture in 1998.

She worked as a freelance architect at her own company for a while. In 2004, she started to work in Çekmeköy Municipality. After serving in various positions in the zoning unit, she served as the Director of Zoning and Urban Planning, which included planning and building control between 2006-2009. In the same period, she also acted as the Plan Project Manager and assumed the architectural responsibilities of the municipal service buildings. Between 2009 and 2014, she took a break from public office and gave architectural consultancy, contracting and consultancy services in important projects such as Sivas Intercity Terminal, MEÇ Schools, Çamlıca Mosque with her partner company.

In 2014, she started to work in the Municipality of Beykoz, where she was responsible for the Planning, Survey and Project units between 2014-2016.

In 2018, she completed her master's degree on konulu Application Problems in Conservation Areas in the " Urban Systems and Transportation Management program " where Bahçeşehir University provided training on the issues that are the responsibility of local governments.