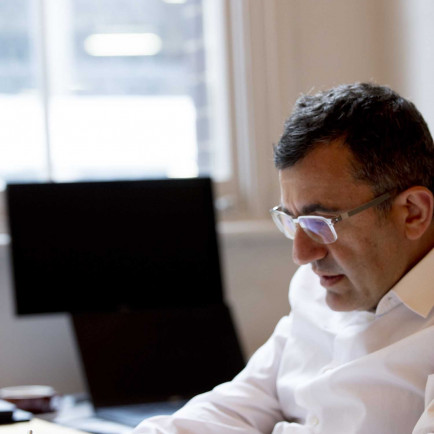 Angelo candelapas the director and the owner of the association.

Angelo was born in Sydney and graduated from the University of Technology in 1992. He was made a Fellow of the Australian Institute of Architects in 2012.

Angelo’s work has been acknowledged both in Australian and international exhibitions, journals and books. The work of the firm is published in the current edition of ‘10x10x3’ (New York Phaidon Press) as the work of one of the 100 most interesting emerging architectural offices in the world.

In 1999 he established Candalepas Associates, and since 1999 the company, under his leadership, has won a significant number of awards:

The Aaron M Bolot Award for Residential Architecture in 2017

-The Seidler Award for Commercial Architecture in 2016

-In 2016 he was also awarded the Premier’s Award for Architecture in NSW.

-The Aaron M Bolot Award for Residential Architecture in 2011.

-2019: He is presently appointed as an advisor to the University of Sydney on a building procurement panel and a Nationally elected Councilor for the Australian Institute of Architects, 2019.

-Between 2008 and 2012 he was appointed by the Premier of the NSW State Government as an expert on the Design Excellence Review Panel for ‘Barangaroo’ and has sat on various advisory panels for the City of Sydney on other significant projects.

-2011: he was the Head Creative Director of the National Conference for the Australian Institute of Architects

-2011: he was appointed the Head Curator for the ‘International Series Lectures’ run by the AIA.

-2010: Angelo was nominated President of the Australian Architecture Association

-“He has spoken at various national industry events, at the National Architecture Conference in Australia in Sydney, Melbourne, Hobart and other architecture forums in Auckland, Mexico, Mumbai and Athens.”