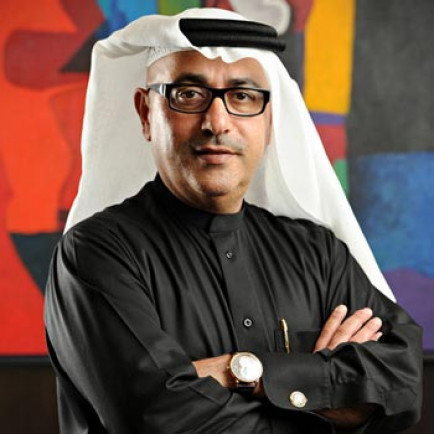 Ibrahim M. Jaidah is Group CEO & Chief Architect of the Arab Engineering Bureau. Moreover, he is a researcher and the author of the History of Qatari Architecture and 99 Domes books. He ranks as a pioneer of a new architectural movement which combines the far reaching influences of Islamic art with modern style, creating memorable landmark structures that are helping to shape the developing State of Qatar.

Ibrahim graduated from the University of Oklahoma (USA) in 1988, and has acquired AEB Qatar in 1991. Since then his firm has completed more than 1500 projects which he has overseen personally. In each project, Ibrahim attempts to retain the identity of his culture, embrace the modern, and present the true potential and ambition of both, Qatar and AEB. His focus on vernacular architecture has brought a new dimension to architectural field in the region.

Ibrahim is highly recognized architect who has won numerous awards such as Islamic Cities award, Arab Town Organization Awards and has been nominated for Agha Khan Award 3 times. In 2005 Ibrahim was honored with the State of Qatar Encouragement Award.

His projects are considered to reflect cultural, historical and environmental context in which they exist. Ibrahim is a dedicated advocate for sustainability and is a co-founding member of Qatar Green Building Council.