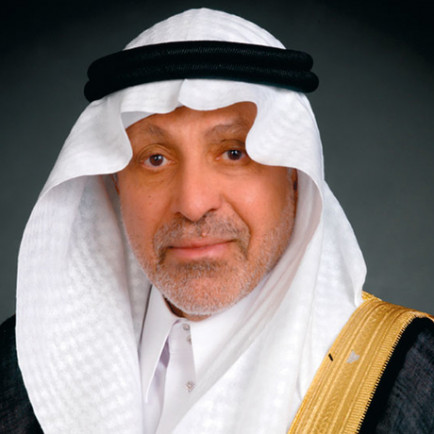 After receiving his early education in the Kingdom he travelled to the USA to pursue his higher studies. He received his Bachelor’s Degree in Architecture (BARCH) (1970), Bachelor Degree (BSC) in Engineering (1970) and Master’s degrees in Urban Design (MARCH) (1971) from the University Of Colorado (CU), USA.

He also pursued his Doctoral degree at the University of Michigan, emphasizing his research on housing for developed countries; targeting a methodology by using Time-Space analysis and using Saudi Arabia as a case study. In April 2010, CU’s Board of Regents conferred on Dr. Zuhair H. Fayez the Honorary Degree of Doctor of Humane Letters Honoris Causa at CU-Boulder.

Dr. Fayez, Chairman, Board of Directors of Zuhair Fayez Partnership, established his Architectural and Engineering consultancy in Saudi Arabia in 1975, on his return from his studies and initial professional experience in the United States. It now ranks with the most eminent consultancies in the world, and has offices in Jeddah, Riyadh, Al-Khobar & Cairo. It is currently licensed by the Ministry of Commerce for the practice of Architecture, Engineering & Information Technology throughout Saudi Arabia. ZFP was the first in the Middle East in its field of A&E, IT Consultancy firm to receive the ISO9001 & Tick-IT Certificate.

Dr. Fayez was recognized by the government for his achievements and contribution to the profession & society and was appointed to the membership of the 1st Session of Consultative Council of Saudi Arabia (Shoura Council, the Legislative arm of the Government - similar to the US Senate) in 1993 for a four year term. Also, he was member of the Provincial Council Makkah Region for 4-year duration (2005 – 2009).

Since 2010, Dr. Fayez has concentrated his efforts in establishing companies that specialized in the fields of infotainment, edutainment, entertainment, training, education through extremely advanced technologies - hardware, software and content development of virtual reality, augmented reality, artificial intelligence, etc. that resulted in founding several new companies in these fields such as Barajoun Entertainment FZ-LLC, the first CGI studios in the MENA region and resulted in producing several animated full feature films.