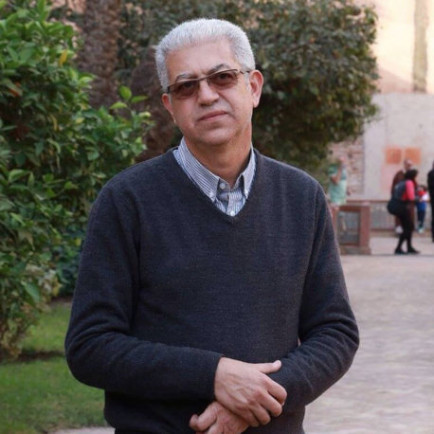 Faissal Cherradi is an architect-engineer, in charge of studies and research at the Ministry of  Culture and Communication,  Department of Culture

He pursued higher education studies at Valencia, Spain (1999) and earned a « DEA » degree in Monument Restoration and Rehabilitation from Rouen in France.

In 1994, he joined the public administration in the Ministry of Culture where he occupied a number of responsibility positions at CERKAS, Ouarzazate . He was inspector of Monuments and Sites,  Regional Delegate of Culture in Marrakesh,  and Regional Director of Culture  in Casablanca.

He participated in, and directed, a number of monement and site restoration projects such as Ksar Ait Benhaddou and Kasbah of  Taourirt, etc.  in Ouarzazate, Ksar Tamnougalt in Zagora, and Dar El Bacha, Badia Palace, Saadian tombs, Dar Si Said, etc. in Marrakesh.,