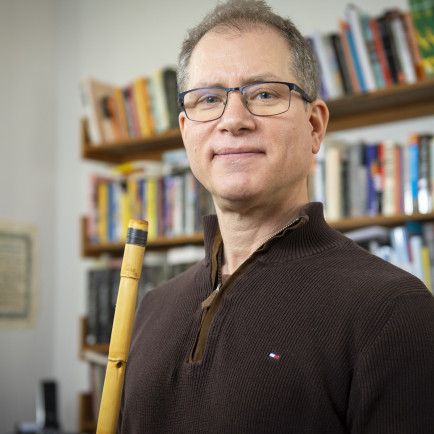 Michael Frishkopf, PhD (frishkopf.org), is Professor of Music, Director of the Canadian Centre for Ethnomusicology, Adjunct Professor of Medicine, and Adjunct Professor of Religious Studies at the University of Alberta. His research focuses on sounds of Islam, the Arab world, and West Africa, and music for global human development (m4ghd.org) through participatory action research. He edited Music and Media in the Arab World (AUC Press, 2010) and co-edited Music, Sound, and Architecture in Islam (U. Texas Press, 2018), with a linked digital collection at archnet.org. He has published numerous academic articles and book chapters on sound, music, and Islam. He has also developed virtual and augmented reality interpretations of Islamic soundscapes, including “Virtual Sonic Architecture” (bit.ly/vsahipm), and “Sounding the Garden”, an augmented reality soundscape designed for the University of Alberta’s new Aga Khan Garden (http://bit.ly/soundingthegarden).  An online digital repository, “Sounds of Islam”, is under development. In addition, Dr. Frishkopf is a musical composer-improviser, performing on nay, keyboards, and other instruments.