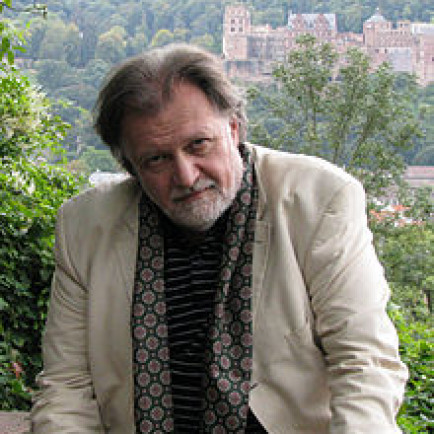 His main scientific achievements are connected with the study of archival and manuscript collections of St. Petersburg. The study of archival collections has resulted in a series of monographs dedicated to the history of Russian-Arabic relations. His several-years long research of the Qur'an, the history of Qur'anic exegetics, publications and translations of the Holy Book of Islam, resulted in a monograph entitled "The Qur'an and Its World" - a modern introduction into Qur'anic studies that has aroused great interest in Russia and abroad. An important period of his scientific activities was connected with discovery, attribution, scientific description and publication of one of the oldest and most important Qur'anic manuscripts - the so-called "Qur'an of ‘Uthman", that for almost five hundred years was worshiped by Central Asian Muslims as the first original manuscript of the Holy text.

Efim Rezvan is member of the Editorial Committee of the international research and publication project "Early Qur'ans. The Era of the Prophet, the Right Guided Caliphs and the Umayyades" (Noseda Foundation, Italy). He is one of the authors of the system of automatic recognition of the Arabic script that today is one of the most popular systems in the Arabic world. He is Editor-in-chief of the series entitled "Culture and Ideology of the Muslim East", head of the Editorial board of the series entitled "Kunstkamera - Archives", member of editorial boards of a number of Russian and foreign scientific journals and periodicals, and organizer of a number of international scientific conferences held in St. Petersburg. He has lectured in the Oriental and Philosophical Faculties of the St. Petersburg State University, and in the Moscow Center of Stanford University (USA). He has organized and participated in a number of historical and ethnographical expeditions in Central Asia, Arabia, India, Far East and Africa.

Efim Rezvan is one of organizers of the exhibition "From Bagdad to Isfahan. Miniatures and calligraphy from the collection of the St. Petersburg Branch of the Institute of the Oriental Studies Russian Academy of Sciences" (Paris-New York-Lugano-Salzburg), and co-author of its fundamental catalogue. He has acted as a head of a number of exhibition projects that have been successfully carried out in the MAE RAS, such as "Oriental Dreams. Russian Avant-Garde and the Silk of Bukhara" and "Expeditions are Not Over" and editor-compiler-co-author of a series of exhibition catalogues. Efim Rezvan is a head of the scholarly and media project "Ijma‘ = Concord", in the framework of which he also acted as scriptwriter and producer of nine documentaries.

His main responsibility is management (together with the Director) of the scientific and research work of the MAE, and development of the corresponding research spheres. Efim Rezvan coordinates research, publication, and archival activities at the museum.