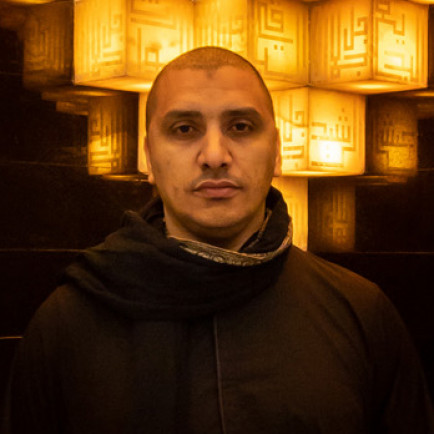 The founder and principal of Dar Arafa Architecture, Cairo, Egypt. In 2001 he earned a B.Sc. in architecture, urban design and planning, from the Faculty of Engineering, Ain Shams University, Cairo, Egypt. He then joined the internationally renowned architectural practice based in Los Angeles; Naga Studio Architecture + Urbanism, where he participated in a number of projects such as the World Trade Center Memorial competition in Manhattan, the Oqyana man-made islands in Dubai and The New Masterplan for the Giza Pyramids Plateau in Egypt, all under the mentorship of the international l master of architecture Tarek Naga.

In 2006 he established his own practice, Dar Arafa Architecture, where he designed and built his first solo project; Dar Arafa Residence, which was nominated for the Aga Khan Award in its 11th cycle in 2010, as well as the Bibliotheca Alexandrina award for architecture known as the Hassan Fathy Award in 2009.

In 2015 he earned a Post-graduate degree in the Conservation of Historical Buildings, from the Architectural Association School of Architecture in London, UK. His thesis was entitled: “The Mosque in Britain: British Heritage?”

Waleed continues to research, design and build with an aim in mind; understanding the essence of the architecture of Islam. He is hoping that one day he may be able to revive it and relink his practice to its forgotten chain of transmission. He believes that Islam can inspire new approaches to architecture offering the world ways out of its spiritual, intellectual and creative deadlock. His approach is based on finding ways to continuing the discontinued architectural past of countries with an established legacy in the architecture of Islam, such as and especially Egypt. But equally, looking into how to bring forth new architecture(s) of Islam in completely new contexts, which have their own time-honored architectural traditions, nonetheless have no precedent in producing architecture of Islam in particular, such as that of Britain and/or the Occident at large.

“Architecture and the Architect”, an interactive presentation and discussion for 7th and 8th graders, organized by Hayah International Schools, New Cairo, Egypt

Arabic to English translation of “The Manifest Truth: A refutation of those that manipulate Islam”, author: Usama alAzhari