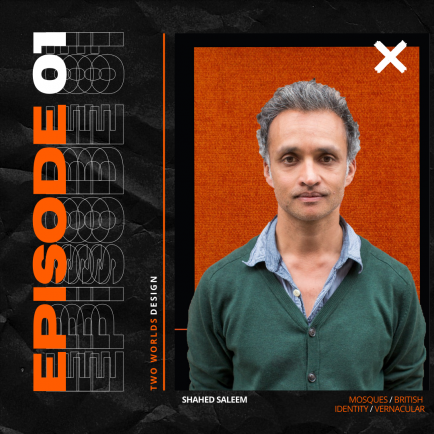 Shahed Saleem is a practicing architect, and a design studio leader at the University of Westminster School of Architecture. He is also a Senior Research Fellow at the Bartlett School of Architecture, UCL working on the Survey of London’s project on the urban history of Whitechapel. His particular research and practice interests are in the architecture of migrant and post-migrant communities, and in particular their relationship to notions of heritage, belonging and nationhood. Saleem was commissioned by English Heritage to research and write the architectural and social history of the British Mosque, which is due for publication by Historic England in 2018. Through his architectural practice he has worked with faith communities for over 10 years in designing and delivering places of worship, and he regularly consults on academic and pubic projects focussing on the architecture and planning issues facing faith communities. His design work has been nominated for the V&A Jameel Prize 2013 and the Aga Khan Award for Architecture 2016. Shahed Saleem is the founder and director of Makespace, and has grown the practice's expertise in residential, community and faith buildings from its base in London's East End. He has diversified his practice to include teaching, writing, research and installations. Shahed teaches a design studio at the University of Westminster, and is an Honorary Research Fellow at the Bartlett School of Architecture. Through his work with the Survey of London he has developed an expertise in heritage, public history and public engagement. Shahed Saleem / Makespace have been nominated for the Victoria and Albert Museum Jameel Prize 2013, the Aga Khan Award for Architecture 2016, and have won commendations in the RIBA President’s Medal for Research and the Historic England Angel Award for excellence in heritage research, 2018. Teaching: Seminars, conferences, networks 2017-01 Places of Worship in Britain and Ireland 1929-1990 Presentation of a paper on Mosques in Britain over this period, and contribute to a subsequent academic publication Oxford University, Department for Continuing Education 2016-03 Making Suburban Faith: Architecture, creativity and the spaces of everyday faith Presentation of a paper at the seminar and workshop, which is part of an ongoing joint research project by UCL and Royal Holloway University, Depts of Geography 2015-06 Faith and Place Network - invited panel member of an AHRC funded research project looking at the experience of faith communities and the planning process, with the objective of making planning policy recommendations 2015-05 Institute of Historic Building Conservation, Summer School - presentation of paper on the heritage implications of mosque history 2015-05 The Architecture of Alterity, University of Edinburgh - Conference Paper presented with publication to follow (see publication list) 2014-07 The Sacred City: London, art and the religious imaginary, ACE/ASK international conference 2014 - paper presentation in the panel, Architecture and Multiculturalism 2014-05 Built environment, knowledge, praxis: Postcolonial conversations between Britain and India - Bartlett UCL, Symposium - paper presentation in the panel, History and the Architectural Present 2014-04 The British Association for Islamic Studies, inaugural conference, ‘Showcasing Islamic Studies in the UK’, Paper presented, ‘Mosque, architecture and heritage’, by Dr. Linda Monckton & Shahed Saleem 2008-03 UCCA (Canterbury) Guest Lecture – Lost Cities; Urbanity after apartheid - how politics, ideology and fear in South Africa shape public space and the imagination of the city. 2005-07 Tate Britain one day seminar on contemporary Islamic Art – Lecture & presentation of our work in this field Broadcast 2013-10 ‘The British Mosque’, BBC Radio 4 - interviewed for a documentary on UK mosque architecture by Jonathan Glancey 2011-11 ‘Three centuries of the British Mosque’, BBC Radio 3 - interviewed for a documentary on Muslim history in Britain by Professor Humayun Ansari, (Royal Holloway College) Teaching 2015- BA Studio Leader, University of Westminster 2010-2015 Visiting Lecturer– MA Architecture & Globalisation, University of Westminster 2014 External tutor, Architectural Association 2014-02 Chalmers University, Gothenburg, Guest critic and lecture 2012-13 Visiting lecturer, BSc Architecture, History and Theory, UCL/ Bartlett School of Architecture 2007-08 Sessional architecture design tutor at UCCA Canterbury degree school 1996-2006 Guest critic/ lecturing at various universities; Bartlett, Kingston, Westminster, London Metropolitan RESEARCH Current research interests 'The British mosque, a social and architectural history' (2018) Writing and consulting on under-represented heritage, identity, nationhood.