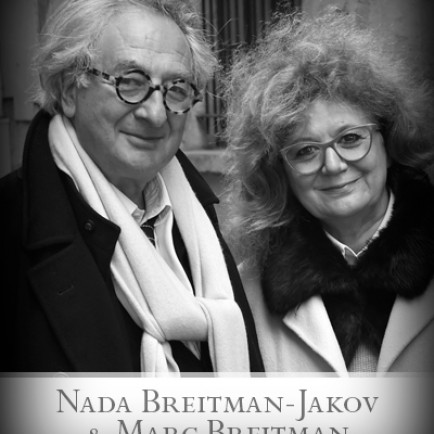 Marc, a Paris native, studied architecture at the École des Beaux Arts. After receiving his degree, he won a scholarship to study in Venice and traveled around Italy, absorbing the masterworks of architects such as Alberti and Brunelleschi. During a four-year period teaching in Tunisia, he learned about the country’s traditional architecture and culture by compiling an inventory of drawings of buildings and urban spaces with his students. He then traveled to Baghdad to create a survey of a historic part of the city, which helped him further appreciate the importance of tradition and culture in planning urban space. It was after his sojourns in Tunisia and Iraq that Marc returned to Paris and began teaching at the very same school from which he received a degree. (Incidentally, the École des Beaux Arts is also located in the neighborhood in which he and Nada now live, Saint-Germain-des-Prés.) For a time he and Nada "his sister" were “paper architects,” in that they published books and drawings defending their ideas about urban design and traditional architecture but didn’t actually build anything. In 1989, they founded an architecture and urban planning studio together. Their first large project came when they were asked to reimagine a town in northern France. Bruay-la-Buissière was once a center of coal mining, full of long strips of housing blocks built for the miners. But like most of the region, Bruay became economically depressed after the mines closed. With government funding, the Breitmans added new buildings to transform the rows of housing into friendlier, more accessible urban spaces, mixing public and private housing without distinguishing between the two. The Breitmans’ success in Bruay led to similar projects in former mining towns throughout northern France and numerous other mixed-housing plans and units in towns and suburbs throughout France, including a high-profile transformation of the Paris suburb Le Plessis-Robinson and a redesign of a city center on the road to Versailles. They also built the Westermoskee in Amsterdam on a site that includes social housing apartments and a hotel, combining Muslim and Dutch influences to integrate it into Amsterdam’s cityscape. These projects, among others, led to the Breitmans being awarded the Richard H. Driehaus Prize at the University of Notre Dame in 2018 “for their outstanding achievements in introducing human scale and proportion and the grace of classical architecture to large public housing developments in France and Holland, creating a sense of place as well as enhancing urban security and civic welfare.”