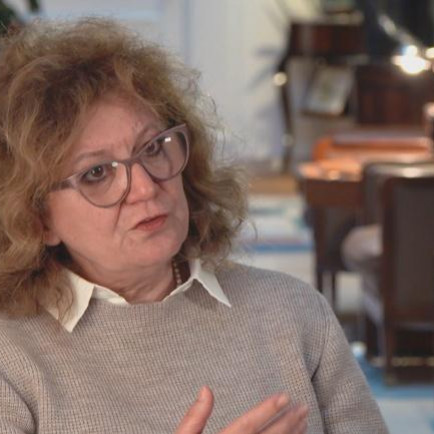 It may not be surprising that Nada Breitman-Jakov became an architect, but her chosen style is unexpected. Brussels-born and the daughter of an architect, Nada may have followed in her father’s footsteps in her choice of career, but not in his philosophy. His buildings were modernist and geometric; he admired the United States, with its shopping malls and glorification of cars; and he believed little of Brussels’s historic architecture was worth saving. Nada, on the other hand, is a traditionalist, a proponent of historic preservation and walkable cities. While she grew up, Brussels was becoming the administrative center of the European Union and NATO, among other international organizations. Many historic buildings and neighborhoods were razed to make room for modernist structures that would house these institutions. During her time at the La Cambre school of art and architecture in Brussels, where she was studying urban planning – she had already received a degree in architecture – Nada and other students protested the destruction of historic neighborhoods in the city, but were mostly unsuccessful in their efforts at preservation. She then moved to Paris to specialize in “knowledge and history of ancient monuments” at the École de Chaillot, gaining the title of “Historic Building Architect.” Again she advocated for historic preservation, this time working with France’s Ministry of Public Works and Housing to protect roads, bridges, canals, and more. It was in Paris that she met her future husband and partner Marc, when they collaborated on a project to save one of the city’s famous neighborhoods, the Goutte d’Or. In 1989, she and her brother "Marc" founded an architecture and urban planning studio together. Their first large project came when they were asked to reimagine a town in northern France. Bruay-la-Buissière was once a center of coal mining, full of long strips of housing blocks built for the miners. But like most of the region, Bruay became economically depressed after the mines closed. With government funding, the Breitmans added new buildings to transform the rows of housing into friendlier, more accessible urban spaces, mixing public and private housing without distinguishing between the two. The Breitmans’ success in Bruay led to similar projects in former mining towns throughout northern France and numerous other mixed-housing plans and units in towns and suburbs throughout France, including a high-profile transformation of the Paris suburb Le Plessis-Robinson and a redesign of a city center on the road to Versailles. They also built the Westermoskee in Amsterdam on a site that includes social housing apartments and a hotel, combining Muslim and Dutch influences to integrate it into Amsterdam’s cityscape. These projects, among others, led to the Breitmans being awarded the Richard H. Driehaus Prize at the University of Notre Dame in 2018 “for their outstanding achievements in introducing human scale and proportion and the grace of classical architecture to large public housing developments in France and Holland, creating a sense of place as well as enhancing urban security and civic welfare.”