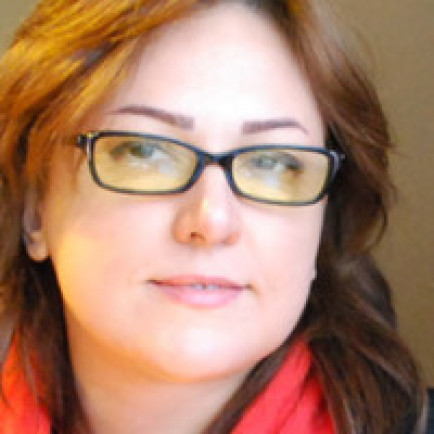 Born 1968, Tehran. A researcher, architect, professor at university, founder and C.E.O at Fluid Motion Architects since 2004 in Tehran; also founder and Manager of iRODE Company in the field of R & D since 2009. She received her Master’s degree in architecture and urban planning from University of Science & Technology, in Tehran, in 1994. Catherine has a special point of view in her approaches which includes both scientific and artistic methods. She stepped into the world of music at the age of four and later became a classical guitar player. According to Spiridonoff, music led her to a better understanding of required combinations of forms.

She has many studies in neurology and art, ancient architectural placement based on energies and painting. She follows many activities which may seem irrelevant to her professional world of architecture, but believes that, as an architect, comprehensive awareness of genuine human issues opens up the path to a better world and this awareness is an essential prerequisite, which can be acquired by learning from nature. Her architectural designs have received numerous awards; such as BID, WAF, Memar, and her articles have been published in different national and international publications.

IrodE is the research, study, branding and publication studio of the architectural practice, Fluid Motion Architects which was founded in Tehran in 2004 by Catherine Spiridonoff and others. IrodE was established in 2008 operating as a brain within and independent from the firm. It is directed by Catherine and has a goal of finding links between Health and Design based on information, research, organization, development, environment and how architecture can affect beliefs and thoughts, health and life style. It also enables the practice of studying sometimes even without having a client, or any architectural form of design in mind.

- Catherine serves as the key linking device between the organization and its environment.

- She takes full charge of the organization’s strategy-making system, by which important decisions are made and integrated. Decisions related to crises, problems, and major opportunities must be overseen and integrated by her.

- She performs much work at an unrelenting pace. Partly Catherine runs liaison, information processing, and strategy-making systems at the firm. Her evening activities are usually work related, and she seldom appears able to put her concern for her work aside.

- Her work is characterized by brevity, discontinuity and variety. She tries to keep all her activities brief, actively encouraging interruption in her work to maintain the rapid pace and flow of information,to avoid wasting time.

- She gravitates to more active, concrete elements in her work. Catherine shows strong preference for activities that are current, specific and well-defined and those that are non-routine. She gives little attention to routine operating reports.

- Spiridonoff demonstrates a preference for the verbal media. Communication is part of her work.

- The prime occupational hazard of her job is superficiality. All this is reflected most clearly in her “dilemma of delegation.”

- She does not work according to procedures that have been prescribed by scientific analysis. Catherine may make decisions dealing with modern technology, but use the same intuitive procedures in making them.

Iran University of Science and Technology

41. Building for Tenants in Isfahan

46. Building for Tenants in Isfahan