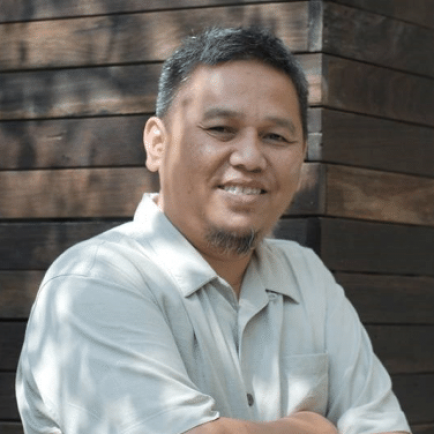 Born in Johor Bahru in 1965, Razin earned his Bachelor of Architecture from Louisina State University, Baton Rouge, Louisiana USA. After graduation in 1988, Razin was attached as an Intern Architect with Clovis Heimsath Architects in Austin Texas, USA.

Upon returning to Malaysia in 1989, Razin started his career an an architect with Hajeedar and Associates, Kuala Lumpur and later in 1992 moved to A Karim Akitek Johor Bahru. In 1995, Razin was appointed as Project Architect for AF Consultant Architect, the lead consultant for a mega development in Kuala Lumpur. Razin started his own practice in 1996 under the name of Razin

Architect in Kuala Lumpur and relocated his practice back to his hometown Johor Bahru early 1997. In 2014 Razin Architect growth to become one of renowned in Johor as Razin Architects Sdn Bhd.

Since then, his practice has won numerous design awards and his works were widely published in local media as well as online international design news. Today, Razin is actively involved in Iskandar development where he is commissioned to design high profile projects such as Condominium in Puteri Harbour and Twin Office Tower in Medini. Nonetheless, Razin has always been well‐known for his high-end bungalows and small‐scale projects. Simple and straight forward, yet well‐thought of, is perhaps the best way to describe his works.

Razin has been active in academic where he was invited as external panel at local Universities i.e: UTM,Uitm to name a few since year 2000. In 2007, he was appointed as Guest Associate Professor UTM for 2 years.

Until today, Razin had given many design talks at UTM, UiTM as well as at other local design institutions. He was invited to be a Guest Speaker at UN Habitat Week, Shanghai World Expo 2010, where he spoke about Johor Bahru as fast 5 world emerging cities. The talk was based on a photo survey project, done in 2009 in collaboration with Alessandro Scotti, former UN Goodwill

Razin also has been a Jury for several Nationals design award competition i.e: PAM Award 2015, MGBC‐PAM Architectural Design Competition and a few others.