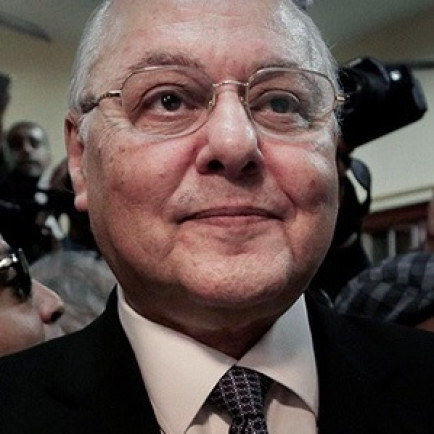 is a politician and architect from Egypt. He took over as El-Ghad Party's head in 2005, and he ran for president of Egypt in 2018.

In Giza, Moussa was born. On the urging of his father, he continued his education after beginning it in Egypt, getting a master's degree in architecture at the École nationale supérieure d'architecture de Versailles. He first belonged to the New Wafd Party's youth group before joining the actual party.

In 2005, he joined the El-Ghad Party and became to vice-chairman. El-Ghad broke into two factions, each led by Gameela Ismail and Moussa, when its founder Ayman Nour was given a five-year prison sentence. Both of them used the party's name and emblems as they strove to be accepted as its heirs. In May 2011, the dispute was decided in Moussa's group's favor. In the 2010 elections, he stood unsuccessfully for the Egyptian House of Representatives, where he would have represented the Southern Giza seat. In the 2011–12 election, he served as the party's leader.

Initially, Moussa supported Egypt's current president, Abdel Fattah el-Sisi. Before he declared his candidacy for politics on January 20, 2018, he helped Sisi raise money. He stated that he had 47,000 signatures and the support of 26 members of parliament. The following day, at 1:45 pm, 15 minutes before the deadline, he turned in all the paperwork and signatures to the National Election Authority. [3] [4] Despite endorsing Sisi's campaign, he asserts that he is not a fraudulent candidate. [5] Moussa was the only candidate running in addition to Sisi because the other prospective contenders either rejected to run or were compelled to withdraw.